The Art Mob Marches Forth 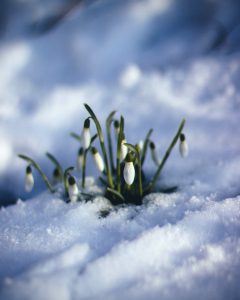 It’s been a long, strange winter, but today we’re poking our heads up from under the snow and announcing our spring concerts, May 17-18-19.

And they will be the best concerts ever (at our favorite venues, Ronald Feldman Gallery and Tenri Cultural Institute). This entire  year will be the greatest Art Mob year ever, because, folks, it’s our 40th anniversary.

40 years ago, in 1979, the Art Mob was birthed by Marcia Tucker, whose next-best public accomplishment was to found the New Museum here in NYC. Since then, the Art Mob has rescued, revised, rearranged, and relished music of the Victorian era, Tin Pan Alley, shape-note, second-hand music collections, jazz, radio gospel, and much more.

Our theme this spring is “The Art Mob Tops 40.” You’d think the program will feature our greatest hits, our favorites, your favorites, top o’ the charts, something tops … but no.

When our theme was “In Gut We Trust,” we ended up singing not about feelings, but about digestion. In May we’ll be singing, not about aces, peaks and acmes, but about time: time going by; times past; grandfather clocks; time slipping away; do-overs and souvenirs, good years and bad; and, as always, much more. Yes, there will be a few “tops” tunes, and some of these songs about time did top their antique charts. Mostly, we’ll dig up more from that deep obscurity that so delights the Art Mob heart.