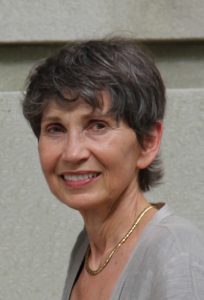 Marcia Tucker, founder of The Art Mob and dear friend whom I met through the New York art world, recruited me at dinner in Paris. She told me that a group got together once a week at her place and enjoyed singing old songs that were not the usual fare but that were compelling not only for their obscurity (sometimes deserved) but also for their cultural relevance, occasional irrelevance, and frequent irreverence. She neglected to tell me that the weekly get-togethers were actually rehearsals for a concert that was coming up in a few weeks, and that all songs were to be sung from memory. After learning this, I planned to gracefully bow out after the concert. She knew that if I made it through the concert, I would be hooked. That was 29 years ago (1990). I am still here.

I am an artist with an interest in ideas that involve both visual and aural components. I also teach some of these ideas at the School of Visual Arts, in the Visual and Critical Studies program. My husband, Sven Hartmann, retired professor of Physics from Columbia University, is The Art Mob’s Spiritual Advisor, AKA Sven Golly.

My own engagement in art involves quite a bit of experimentation and unsettling thoughtfulness. The Art Mob has been both my anchor and my beacon (we sing a lot of mariner-themed music). Its members have become my extended family, and this community has taught me the rare quality of being able to laugh, cry, and sing all at the same time.