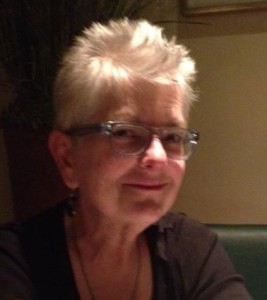 Cheryl joined The Art Mob in 2008 after many years as one of its ardent groupies. Her first public singing experience was with the Hilltop Church of God choir during her teenage years in Columbus, Ohio. Then she sang by herself in the car and the shower for several decades, but that’s all. Now, singing with The Art Mob is among her greatest joys and privileges.

When she isn’t trying desperately to learn the music and lyrics for The Art Mob’s next concert series, Cheryl writes as a freelancer, mostly about food, farming and gardening, and household maintenance. She also goes to lots of theater and concerts and travels whenever she can.

Cheryl has lived in Greenwich Village for so long that she remembers when it was a neighborhood of artists and writers and such. You can read more about her and subscribe to her blog at her website, http://www.docuclear.com.